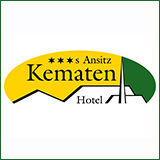 This website uses cookies and other technologies so that we can improve your experience on our sites. By using our services you agree to our use of cookies. More Info | Close